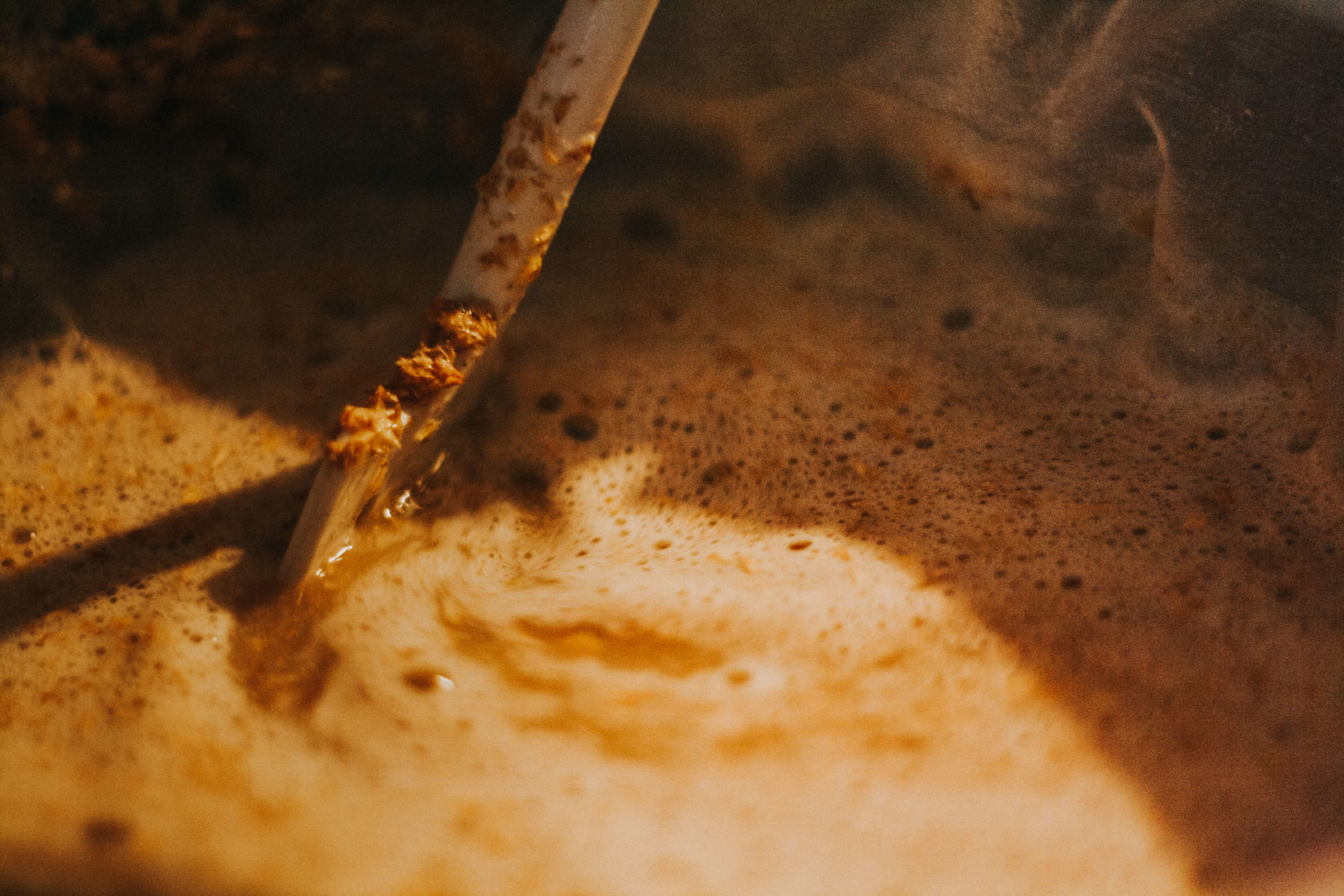 Milling the malt means crushing the malt. Milling opens the husk of each grain to facilitate the extraction of sugars and enzymes that will be needed during the subsequent brewing process.

The difficulty of this step lies in finding the right balance between crushing the malt too finely, which will produce a flour that will cause problems during mashing, and crushing it too lightly, which won’t help the extraction.

The mashing process consists of infusing the malt in hot water in order to extract the maximum amount of sugars from the grains. It is the enzymes present in the grains that will convert the starch into sugar.

Once the mashing is finished, the wort is drawn off from the mashing tank to the boiling tank through the grain cake that has formed at the bottom of the tank. The resulting malt residue is called “spent grains”. These can be used to feed animals or even in cooking to replace some of the conventional flour.

As the name suggests, it is a matter of bringing the wort to the boil. This does a number of things: sterilising the beer to kill all potential unwanted bacteria and micro-organisms, coagulating the proteins to obtain a stable and clear beer, and stopping the enzyme activity.

It is also at this stage that hops are added to bitter and flavour the beer. The longer hops are in contact with the boiling wort, the bitterer the beer will be. On the other hand, leaving the hops to boil for a short time will allow the aromatic characteristics of the hop to develop. It is also important to know that hops allow you to preserve your beer better over time.

It is simply a matter of cooling your beer as quickly as possible in order to inoculate the yeast. The sooner the yeast starts working the wort, the lower the risk of infection in the beer

Fermentation takes place thanks to the action of the yeast which will transform the extracted sugars into alcohol. This transformation generally takes a week during which the product gets alcohol and carbon dioxide (small bubbles!). Then, the fermentation continues for 2 to 4 weeks to give the product time to stabilize. The yeast will recover the undesirable compounds it has created during the first week.

Now is time to pacakge the beer. Either you do another fermentation in the bottle to get the bubbles or you carbonate the beer with CO2.

Brewksel is a New Wave Brewery on a path to discovery to offer novelty through unique flavours by sourcing original ingredients.

Users under the age of 18 are not allowed to make purchases on this platform.